Amazon launched it’s Swedish e-commerce service yesterday, October 28 2020, and the impact will surely be felt by Sweden’s rich e-commerce, omnichannel, and offline retail industry. Amazon will convince many to sell their products on its platform with a hefty sales margin and strict rules on pricing. Amazon announces an inventory of several million, including tens of thousands of Swedish products. Avaus estimates that Denmark, Norway and Finland will follow suit in 6-12 months.

1. Amazon will outbid you on Search and other media as well

2. You need to deliver a better shopping experience than Amazon

3. You need to get your customers to your own channels and know when to bid against Amazon in paid media

Amazon should not only be seen as a threat but also a catalyst that makes first-party data a competitive imperative for every company. In any case, the Amazon launch represents a major economic event that will affect retail and several other industries, brands, manufacturers and suppliers. This post will provide some perspective on the Amazon Sweden launch and highlight a few immediate topics that need to be addressed by companies deliberating whether or not to sell on Amazon in Sweden and – how to brace for impact.

Sporting goods are represented by 60 000 SKUs, children’s clothing by 45 000 SKUs and home electronics by 50 000 SKUs. A rapid check on Amazon by Markus Varsikko from Dash Retail Consulting reveals that Amazon home electronics sell at a 15% lower average price point than Elgiganten. Deliveries are set at 2 days. In terms of inventory, Amazon by far the biggest eCommerce player in the Nordics, in most categories probably the cheapest, and in some time, after the launch of Prime, potentially the fastest too. At its start.

The full impact of the rollout will now be under close scrutiny by consumers and industry alike. The massive Amazon inventory consists of their own 1st party products, plus the products of approximately 300 000 3rd party vendors. The majority of these vendors are Chinese retailers and manufacturers. China is also the major manufacturing source for Amazon’s own products. This compares to our estimate of 500-1000 Swedish sellers that are likely to have signed up at launch, following the Dutch example (Amazon is yet to disclose the numbers of Swedish sellers).

The Amazon impact will be particularly strong in the Nordics because consumers have preferred to buy locally. Last year 85% of total Nordic e-commerce purchases were domestic, according to Postnord. Amazon will now reshuffle the Nordic e-commerce space, bringing along a major expansion of cross-border e-commerce, gradually integrating the 27,3 million Nordic consumers into the global Amazon marketplace. Fundamentally Amazon represents the next step in the globalisation and superscaling of retail – Amazon connects, market by market, millions of predominantly Chinese vendors with consumers in the rest of the world. Today 300+ million of them have active Amazon accounts. From that perspective, up until today, the Nordics have been the e-commerce equivalent of search without Google.

1. Amazon will out-bid you in your media channels

Amazon will not only have an effect on how products are sold in Sweden and the Nordics – it will have a radical impact on the promotion space too. From today, we will see extreme competition in media buying coming from Amazon, who has deep pockets and little regard for returns on investment.

Source: Smarter E-commerce https://smarter-ecommerce.com/blog/en/google-shopping/revealed-amazons-auction-power-in-google-shopping-for-3-key-industries/ “The X-axis shows how often the advertiser will encounter Amazon at auction, the Y-axis is how often the advertiser outranks Amazon and bubble size demonstrates Impression share. We recommend everyone to take a look at Michael Ryans excellent analysis: Revealed: Amazon’s auction power in Google Shopping for 3 key industries”

Amazon will not only cannibalise product search volume from Google & Bing, it will also spend and outbid local competition on a grand scale. In fact, Amazon is the largest advertiser in the world (yes, larger than P&G and other “big spenders”). It will most likely be one of the biggest advertisers in Sweden in the months to come. During expansion, the company has proved to have little short term regard for ROI.

For advertisers with product categories that Amazon sells, this means that you will have to compete with the biggest advertiser in the world in most of your product listings, and in your most important digital media channel (Actually, Amazon has also become one of the biggest TV advertisers in the world). Ultimately, this will increase your media cost and lower your margins. In time, Amazon will bring spending to more sane levels, but the fact is that you will have to re-assess many of your strategic media choices in order to avoid head-on competition in media buys.

Amazon will not promote all product categories en masse, but those chosen segments they intend to dominate. Home electronics and appliances, children’s wear and sporting goods and some carefully selected other categories will feel the first onslaught. You need to assess whether you can go up against Amazon in the bid for impressions & clicks in the channels where you compete. This means knowing what customer and product listing you want to compete for. To achieve this, you will need to get your first-party data in shape to tell you the potential value of the said customer and how a product performs in terms of profit margin and how it affects customer value.

2. Your shopping experience needs to be better than Amazon’s

The Amazon operating formula is in full daylight on the new Swedish site: an almost infinite inventory at lower average prices and faster delivery times than anyone else. Amazon also commands massive price control of the market by the sheer volume of priced goods in combination with the fact that it prohibits sellers to list products elsewhere at a lower price point. Thereby Amazon prices become the standard reference.

Amazon has yet to launch Prime in Sweden, the famous all-you-can-eat free home delivery service. The most probable Prime-bottleneck is the present fulfilment infrastructure in the Nordics, as most products will still ship from continental Europe, mostly Germany. When Prime is launched, Amazon will most likely follow the Netherlands model. At launch in the Netherlands on March 10th, Amazon Prime was offered for free for 30 days. The subsequent monthly fee has been only €2,99. Prime gives free access to Amazon original TV series such as the Grand Tour, Tom Clancy’s Jack Ryan, the Boys and Fleabag. Prime members also get free videogames and in-game content.

Prime subscribers tend to lose most of their interest for options outside Amazon, as they already have pre-paid for delivery. The pricing of products on Amazon will subsequently become more important than pricing between platforms (e.g. between Amazon and Google Shopping). The lock-in effect of Amazon Prime is further strengthened by discounted Prime memberships for students, teaching a new generation to expect that (almost) free delivery is included in the product price.

The power of Prime is demonstrated by the fact that almost a third of active Amazon customers are Prime subscribers. Prime members not only spend more than twice as much on Amazon as non-members, but 80% start their product searches on Amazon vs. only 12% on Google. This compares to 50% of Non-Prime members starting searches on Google. Prime is a good candidate to shortly become one of the largest loyalty programs in Sweden.

Against this backdrop, Swedish retailers, both online and offline, now have to come up with new reasons for customers to choose them, instead of Amazon. This is especially important for brands and retailers that cannot match the price and/or delivery times of Amazon.

Excelling in customer experience and support is crucial. Understanding and predicting which products resonate with which customers in different circumstances and engagements, is a prerequisite for everyone who wants to be part of the Amazon-led game. Predicting and detecting customer intent is only possible by efficiently working with first-party data and algorithms. This means, for example, having a robust customer value-centric framework in paid media, leveraging metrics such as customer lifetime value (CLV) and using NBO (Next Best Offer) in conjunction with CLV to efficiently serve your customers with the right product and offer.

80% of Amazon’s 3rd party vendors host their own online stores and/or work with other platforms such as Zalando in Europe and Alibaba/T-Mall in Asia. Many Swedish small and mid-sized retailers will opt for a dual, Amazon + Own channel strategy.

3. You need to get your customers to your own channels and know when to bid against Amazon in paid media

Amazon owns the customers in their marketplace and the company shares only rudimentary customer data. It provides a wide range of analytics and marketing tools for vendors, but everything comes with a significant fee and lack of direct customer access.

Dual-channel strategies also underscore the need for a robust 1st party data strategy to get the optimal business outcomes from both Amazon and your own direct-to-consumer channels. Retailers in many European markets have created successful strategies to cope with the Amazon market entry. Some have chosen to re-focus on premium products or diversify the product categories that are sold in their own channels and on Amazon. Many have learned how to utilize Amazon in different ways to drive customers to their own on- and offline stores. Most have enhanced their fulfilment capabilities, adopted new pricing strategies, increased private labels or added brands that cannot be found on Amazon. Most have made significant adjustments to their marketing strategies, taking into account the pricing, promotional and customer lock-in power of the giant.

Executing Amazon-adjusted strategies will heavily depend on your first-party data. You will first and foremost need to strengthen your own channels and the grip of your customer base, and ultimately of your business franchise. Using CLV (customer lifetime value) as an end-to-end metric that gives the perspective of both customer growth and retention, and ultimately an indicator for customer experience.

For acquisition and customer growth endeavours you will need to make your first-party data work in your bid strategies. Ensuring that you leverage customer lifetime value and profit margin in your media buys, spending where you likely will see returns, or else you risk burning your entire media budget going up against Amazon’s aggressive media strategy.

If anything, Amazon is a major disruptive event on all markets it enters. Data, generated by interactions with your customers, your products and your company, is crucial for your ability to compete, coexist or co-sell with Amazon. A significant part of your customers compares, wittingly or unwittingly, the experience with you and with Amazon. Most of them will share their time and wallets with both of you as well.

Your own data should advise you on how to price and promote your products and to which customers. It should also provide the guidance for discovering opportunities for further growth in an environment where the consumer options provided by Amazon, will rapidly expand beyond anything we have experienced in the Nordics before.

Without the authority of your own data, you will struggle to find the answer to the ultimate question posed by your customers: Why should your company and your brands be more relevant to them than ever before? Preferably in your own store. 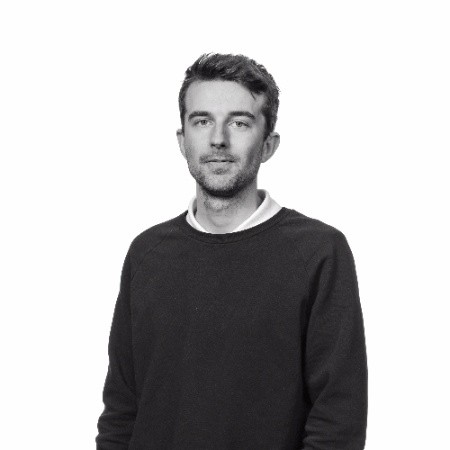