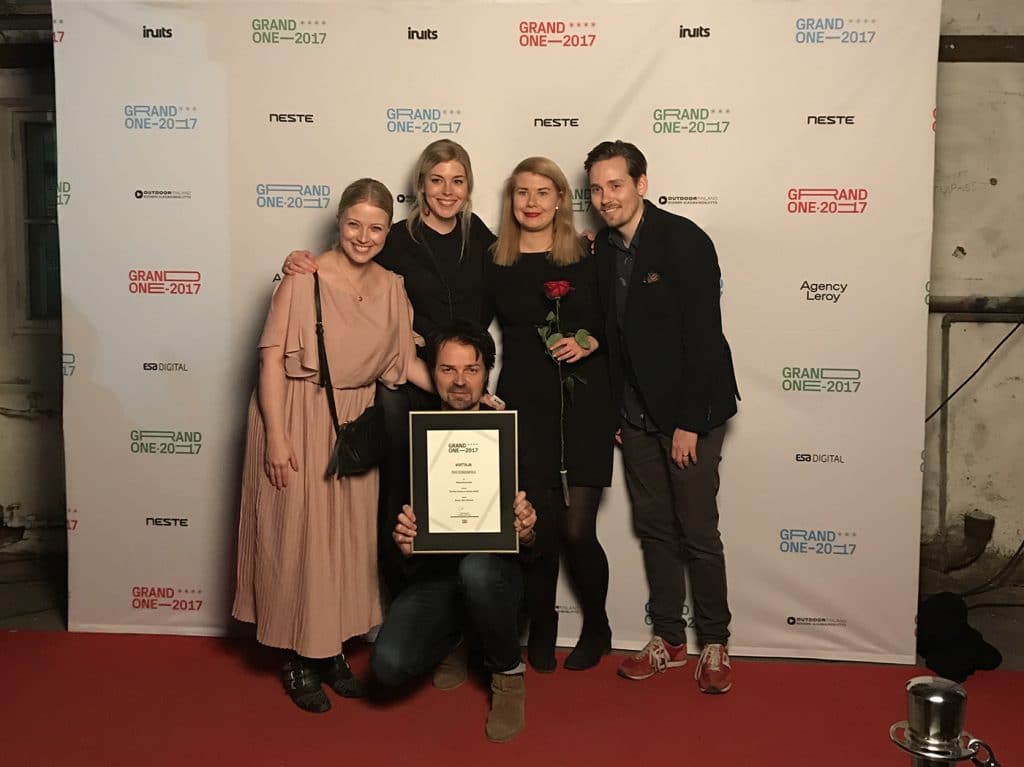 Every year, countless young people in Finland become marginalized from society, but they are more than just a faceless, voiceless mass. The phenomenon of marginalization is made up of countless unique stories and human circumstances.

This inspired the idea of a pre-roll ad for YouTube that, for the first time, would “skip” its viewer. This was a symbolic representation of the vicious cycle created by people not paying attention to youth, and the mechanism by which youth are overlooked in society. A promise was made: #lupaankuunnella, ‘I promise to listen’.

“This work came from the heart and had a strong, touching message. Our customer had complete trust in our team and our idea,” commented Mira Träskelin, Avaus’ newly appointed Head of Content and Creative, at the Grand One Gala.

The Finnish Children and Youth Foundation was established in April 2001. At the time, there was no organization in Finland doing proactive youth work in cooperation with companies. There was also concern about the future of children and youth. In addition to Stenbäck and Järvenpää, the Lions Club of Finland, Folkhälsan and Suomen Itsenäisyysrahasto / Aseman lapset ry were involved in establishing the foundation. Finland was the first of the Nordic countries to establish a national foundation that belongs to the International Youth Foundation network.

Automate at Scale – While Keeping Your Team Sane